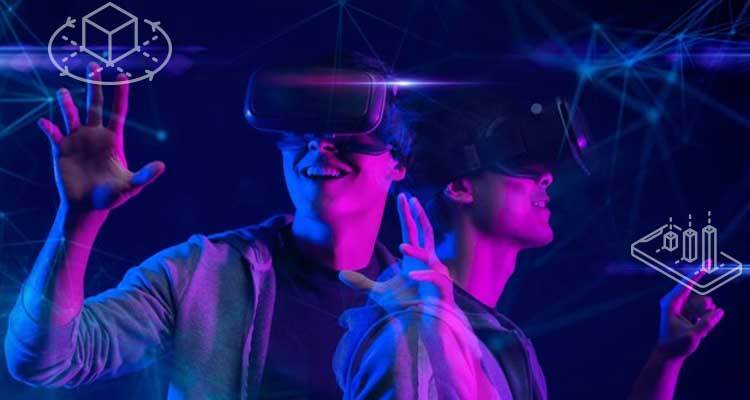 When Facebook announced that it was now being referred to as Meta- it was then considered to be the onset of the era of the Metaverse. Be it Drake's concert, or being a part of numerous events happening around the world, we're unknowingly experiencing what the Metaverse has to offer.
Apple is on its way to beating its competitors by launching a VR/AR headset in Metaverse which is one of the most expensive headsets in the market. Whereas Google parent Alphabet is working towards making augmented eyeglasses that will be extensively used in the near future.
The Metaverse is gradually acquiring all the aspects of our life from the economy to our culture, shopping, entertainment, etc. To be more precise, it can be called a Mirror World. “Welcome to the Mirrorworld" is a cover story written by Kevin Kelly in 2019 where he describes how the next big tech platforms with the help of augmented reality.

Certain past pitfalls are considered for the next generation of the web (i.e. Metaverse). Some of them are listed below -

So many people on the internet face abuse based on their colour, religion, or gender. The Metaverse should be designed in a way where people feel safe irrespective of who they are and where they come from. In the virtual world of the Metaverse, abuse can be far more traumatic. Instead, the Metaverse can have ways of building a community where people can interact, socialize.

About hardware used in the Metaverse, the information shared online can be collected by companies. For example - The credit card details of a person. So accordingly, Metaverse should have regulations and practices for safeguarding the user's data.

It is necessary to ensure interoperability in a way that is a plain platform and open for everyone. There have to be certain standards that are set so that the end is not a lot of Metaverses instead of a single Metaverse.

Nokia's Head of Trend scouting, Leslie Shannon highlighted the importance of Metaverse by stating that "the spatial internet is the culmination of everything that VR and AR is developing today" in her recent talk during her VRARA's Global Summit

Recently at a show called Shark Tank India, where the investors hear pitches from numerous start-ups who want to fund and in return, they provide certain stakes to the investor in their business, India's first Metaverse Gaming app called LOKA was showcased. Krishnan Sundararajan is the name of its developer. People while sitting at their homes can easily roam around Connaught Place (a place in Delhi) and meet people and visit the marketplace very conveniently while being on the apps.

A person will be able to buy virtual lands. The respective land on purchase gets assigned to one user. Just the way land can either be bought or can be rented in the real world, it also happens in the Metaverse. Getting a property or a land assigned in your name will let the owner do whatever he wants to do with the property.
On 3rd December 2021, an unknown individual purchased land costing $4,50,000 next to Snoop Dogg’s (a rapper) NFT house. Sounds like a dream in the real world, but is certainly a reality in the virtual world. And Snoop Dogg is not the only one who became a part of the Metaverse, there are other big names such as Adidas who are building their brands via the virtual world. The expansion of the Metaverse will result in the rapid growth of the global economy as well.

Final Overview
While unlocking the next level of the web, the future is going to unleash a lot of creativity and pave the way for new businesses.
Metaverse, a whole next level of web is being worked on and it will affect our society in certain ways. From Finance, Marketing, Human Resources to Communication, Branding professionals are going to get a lot of opportunities in the markets with new challenges as a topping to it. With Metaverse being the next step towards web evolution, you need to be creative to mould the web you desire.