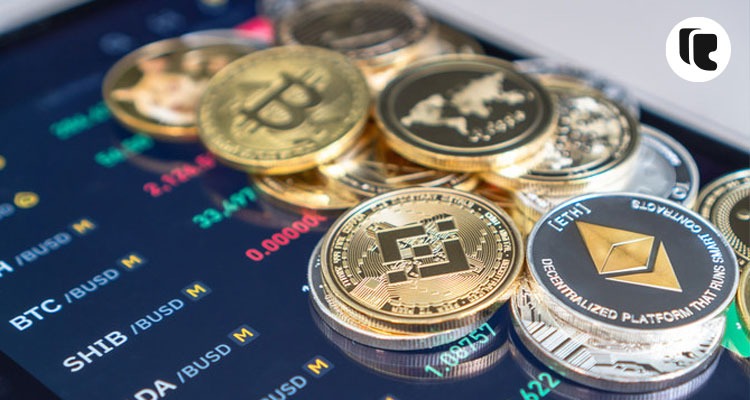 Cryptocurrencies are ever-evolving and dynamic, fluctuating almost every second.

But one thing is clear:

Whether it’s a currency or an investment token launch, investors and speculators alike are constantly on the lookout for profitable opportunities.

So, want to learn about the dynamic updates regarding cryptocurrencies to make the best possible decision? Read along to learn about the latest pricing updates, security concerns, and future anticipations surrounding the crypto space.

Cryptocurrency is one of the preferred investment options for plenty of individuals. However, they are extremely volatile and can fluctuate dramatically. For example, just in the first half of 2022, cryptocurrencies struggled to maintain their market price, possibly due to staggering inflation.

However, the roles have reversed now. For instance, since the first week of August, Bitcoin saw a 5% price increase while ether coins rose by around 2%. The reason cited for this change was the fall in the weekly inflation rate in the US (8.5%).

Furthermore, the rumours of the much-anticipated software upgrade of Ether known as the merge are making headlines, ultimately raising the coin price. In addition, several experts firmly believe that bitcoin will again rise to its glory and settle at $35000-40000 by the end of 2022. Some even went as far as to suggest that bitcoin will reach $65,000.

There's no denying that blockchain is thought to be the most secured. However, hackers have still identified loopholes and exploited the systems. According to the recent attacks, blockchain bridges seem to be the preferred method for hackers to exploit and drain investors' money.

But wait! What are blockchain bridges? Simply put, a bridge connects two blockchains, allowing users to transfer cryptocurrency across different blockchains. Hackers have intercepted the channel and exploited investors' funds through bridges.

Moreover, this year has been nothing less than a nightmare for crypto investors. After all, hackers stole over $1.4 billion worth of funds across the cross-chain bridge's platform. The popular game of the Ronin Network, Axie Infinity, alone suffered a record-breaking loss of $615 million. Experts suggest that all such attacks occurred due to the sloppy engineering of bridges.

Fortunately, there have been upgrades in some protocols, and even the government stepped in to save the investors. Recently, the US Treasury banned the tornado cash mixer – a smart contract that hides the traces of blockchain transactions. Experts reported that most hacks were conducted using this Ethereum mixer.

However, the source code of Tornado Cash is all over the web. Hence, it would be a matter of time before someone else tweaks the code and launches a similar mixer. Nonetheless, these ongoing security concerns have hurt investors' confidence, causing them to withdraw currencies.

Did you know that over 20000 tokens are circulating in crypto exchanges? Surprised, right? Well, creating a token is easy, and plenty of tokens are launched daily. (even you can create one too!)

However, most of them don't perform well.

So, wondering what promising currencies are about to hit the market? Here are a few options you should consider investing in.

It goes without saying that Ethereum is the world's second-largest cryptocurrency and the hub of dApps, hosting thousands of tokens. However, users in the past have faced issues regarding speed and scalability in the Ethereum Blockchain.

Well, that's about to get resolved in the new update to Ethereum 2.0 Blockchain. As a result, it's anticipated that Ether's price will rise, making it a promising investment opportunity.

Furthermore, users can compete against other players by building their strategic teams for prizes. Battle Infinity plans to launch six products, including a battle swap, a battle arena, IBAT premier league, etc.

It's another NFT competition platform launched earlier this year and was the fastest to reach a billion-dollar market cap. It was hosted on the Binance Smart Chain and allowed users to participate in promising prize draws.

However, the recent crash suggested that this coin was dead. Fortunately, it's not true since Lucky Block has recently launched a new version of its token (LBLOCK V2) on the Ethereum Blockchain.

In fact, only the news of its release caused a hike of 50%. If the token passes the final security testing, it might reach an all-time high.

So, what are you waiting for? Grab it while you can!

The recent updates suggest that the crypto industry is recovering, and it will be a matter of time before the top coins will rise to their true glory.

However, the industry is dynamic, so no one knows what danger awaits. Therefore, experts suggest investing only after conducting due diligence and research.

So, what's the next step?

If you want to learn more about compelling crypto news and the advancements, reach out to Peptweedle.